“You’ve got to chart your own path. You could work in an R&D lab for 30 years and never advance and never move past that.”

Ahead of his talk with UC Berkeley PhD students on March 17, Beyond Academia’s SN Sarah Morris sat down (virtually) with Shawn Shafer, PhD to discuss his journey from academia to being Scientific Director of the Laboratory for Genomics Research at GSK. The registration for the event is now open, CLICK HERE. 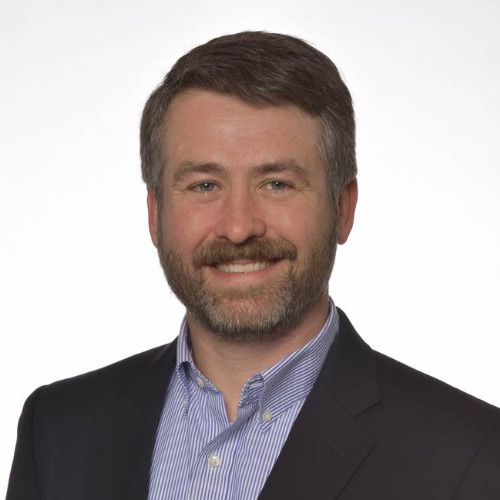 Shawn Shafer received his PhD in Developmental Biology from Washington University in 2008.

Transitioning away from academia can be fraught with uncertainty, and for many, resources are slim on where we can find answers.  This is especially daunting because we spend our graduate careers compiling data, formulating well-thought out conclusions and yet, at the crossroads of post-graduate life…we find that we are without maps and with no idea how to navigate.

I recently spoke with Dr. Shawn Shafer on what roads are available for post-graduates, what to expect along the way and how to smoothly make that Great Big Leap (without too many bumps and bruises).  Shawn speaks from his experience and currently serves as the Scientific Director of the Laboratory for Genomics Research (LGR).  The LGR is a novel hybrid collaboration between UC Berkeley/UCSF and GlaxoSmithKline (GSK).

Shawn: “This isn’t just a major play by pharma, this is a major play by academia too.  From Berkeley: Jennifer Doudna as the lead for the Joint Steering committee for the LGR.  John Weissman at UCSF is staying on in an active role as the UCSF representative for the LGR and Chris Miller, who is a VP of Functional Genomics at GSK, is the GSK lead for the Joint Steering committee.  This new venture represents so much intellectual firepower.”

This hybrid model is surprising because pharma and academia are traditionally seen as rivals with banter akin to the Montagues and Capulets. This established rapport has made it difficult for PhD graduates and post-docs to get institutional support for their non-academic aspirations.  So, what brought these two households—both alike in dignity—together?

Shawn: “The old pharma model of flat discovery and increasing exponential costs is not working, this is a reinvigoration and re-envision of the discovery model.  The pharma model of drug discovery has been fizzling for quite a while now, and that’s no secret.   But what the model will be that replaces it, is still an open question, and I’m very impressed with GSK [to look] for that new model.”

It’s a promising ideal and a hopeful start to a new amalgamation of academia and industry.  The curiosity that is the bedrock of academic pursuits need not end in an industry environment.  In fact, Shawn stresses that industry scientists contribute heavily towards the technologies implemented today.

Shawn: “The wall between industry and academia has almost become non-existent.  A lot of the biggest players I see in academia have equal footing in industry and vice-versa.  You can have it all today more than ever, I believe.”

Shawn’s optimism is palpable, and he’s committed to the success of the LGR. We move on to the topic of his work history and how his career evolved from graduate student to scientific director.  Shawn received his PhD in Developmental Biology at Washington University in St. Louis.  However, he’s always preferred the 10000 feet view of the scientific projects in industry.  After graduation, he tracked promptly into pharma to answer scientific questions on a global scale.  Shawn soon realized that the determinants for new projects were done at marketing quorums, not wet-lab benches.  Thus, he adapted.

Shawn: “I got pretty deep into the business side [because] I wanted to understand what turned the gears of industry.  What I also realized was that the further I went, the more I was going to move away from the science and deeper towards running the finance, the numbers, the groups and be less in tune with the day-to-day science—the aspect that attracted me [to industry] in the first place.”

His words bring a tremor of unease and apprehension. Academia prepares us for many intellectual challenges, but STEM fields usually lack graduate courses in ‘Budgeting a Lab 101.’  I ask Shawn his thoughts on the matter and he offers an initial step to success:

Shawn: “Really [understand] what the field wants, what they need and what they’re willing to pay for.  Many of my discussions started off with, ‘What’s your budget and how can we work within it to accomplish your experimental goals?’”

Shawn: “One of the things I’ll convey to young scientists, whether or not they go into academia or industry:  Don’t be afraid of talking about money. [Do not] see it as a necessary evil but as the fuel that runs the engine of science.  This tendency is seen from academic science into R&D scientists. They didn’t want to talk about financial considerations. And I thought that was a bit preposterous.  If you couldn’t afford to do the experiment, then there’s no point in planning it out.   You need to plan what you can accomplish. The finance people rely heavily on the scientists—especially the well-spoken scientist in business—to be able to interpret financial and market landscapes so that they can make informed decisions.”

There’s a theme throughout Shawn’s interview: don’t self-limit by taking yourself out of opportunities. He stresses the importance of constantly developing new skills because doing otherwise would lead to the fate of the dodo.

Shawn: “You’ve got to chart your own path.  You could work in an R&D lab for 30 years and never advance and never move past that if you don’t make the effort to and let it be known that you want more than just to show up every day and just do your job.  I made an effort to be included on those business calls and to be included in those business decisions and [the company was] happy to let me do it because I was helping [to pick] up the slack [by] having those difficult, technical conversations that they did not want to have.”

This self-determination is critical in his career, especially in the leap from lab personnel to lab management. Thus, when it came time to fill a business role, Shawn had set himself up as a prime candidate since he was already familiar with the business, the products and the staff.  In essence, he made himself viable for roles that had yet to be created.

Shawn: “There’s been no part that I’ve learned that’s been ‘Wow, that’s a waste of my time.’  You’ll be surprised where those skills pop up and how often they are utilized. If you leave it to someone else, you’re going to be left out.”

However, Shawn also stresses that left-out does not mean left-alone.  And in these upending pandemic times, that’s a reassuring sentiment.

Shawn: “[Reach out and start] having conversations with those in the field.  Most of the people I’ve encountered—including myself—have had tons of assistance getting to where we’re at.  Whether it’s in the form of mentors, or colleagues who’ve offered support and advice.  There are people that are happy to pay it forward, whether you’re just looking for information to make your decision or whether you’re beginning your networking activity to make those contacts.  Reaching out and asking those questions to people in industry—they’re typically very happy to have that conversation.  Start asking and having those conversations. Don’t just guess and hope before you make this life-committing decision.”

Our time draws near and I circle back to his current position.  We discuss the daily routines, his main responsibilities and, on average, how often a contract gets re-written (Answer: more than 3 less than infinity).    This role at the LGR represents a sweet spot between the realms of academia and industry.  It also represents the culmination of the many skills he sought and developed throughout his career.  At this new venture, does he find his role fulfilling?  He chuckles at the rather existentialist question.

Shawn: “Depends on which day you ask me.  Fulfilled on Saturday, maybe not as much as on Monday morning.  [But] yes, right now, I am very fulfilled.  I don’t want to sugar coat anything; there is no job where you’re not going to be doing something that’s not your favorite thing in the world to do.  It doesn’t exist.  If someone tries to sell you a job like that, they’re probably trying to kidnap you.  IT’S A TRAP!  Whether it’s academic or industry, there’s parts of every job [that bum you out].  But when you get to the reasons, the things that make you want to stay one more hour, that’s what I think of as fulfilling.”

We wrap up in appropriate fashion by talking about the future of the LGR and Shawn shares his vision of how this joint venture progresses:

Shawn: “I’d like to see it evolve into a permanent structure; something that is piloted here at Berkeley-UCSF.  As I said, it has a five-year funding period.  At the end of the five years, I want to see that we have demonstrated at a collaborative level between academia and industry on [how] we can play nice together [and] demonstrate scientifically that we can generate novel, usable, actionable data that satisfies academia’s interest in research and discovery and pharma’s interest in finding targets for treatments and therapies.”

Shawn highlights that there are many job opportunities to be on the ground floor of the LGR and that both the academic and pharma sides are actively hiring.  To that end, join us for a casual e-meet and greet with Shawn on March 17, 2021 at 2:00pm PST.  RSVP here to reserve your spot.

To learn more about the opportunities at the LGR: LGR Initiative

Current job postings at the LGR:

Sarah is a PhD candidate in Comparative Biochemistry and a member of Beyond Academia’s Speakers team. If you’d like to join our line-up of speakers, please contact her at sns_morris@berkeley.edu or reach out to her on LinkedIn. LinkedIn.