“Gradually, it started dawning on me that I love doing research—why don’t I just do it? I don’t need permission to do it. And it kind of exploded from there.”

Ahead of her talk with UC Berkeley PhD students on May 11, Beyond Academia’s Yana Zlochistaya sat down (virtually) with Dr. Tekla Babyak, PhD to discuss her journey from academia to independent scholarship. 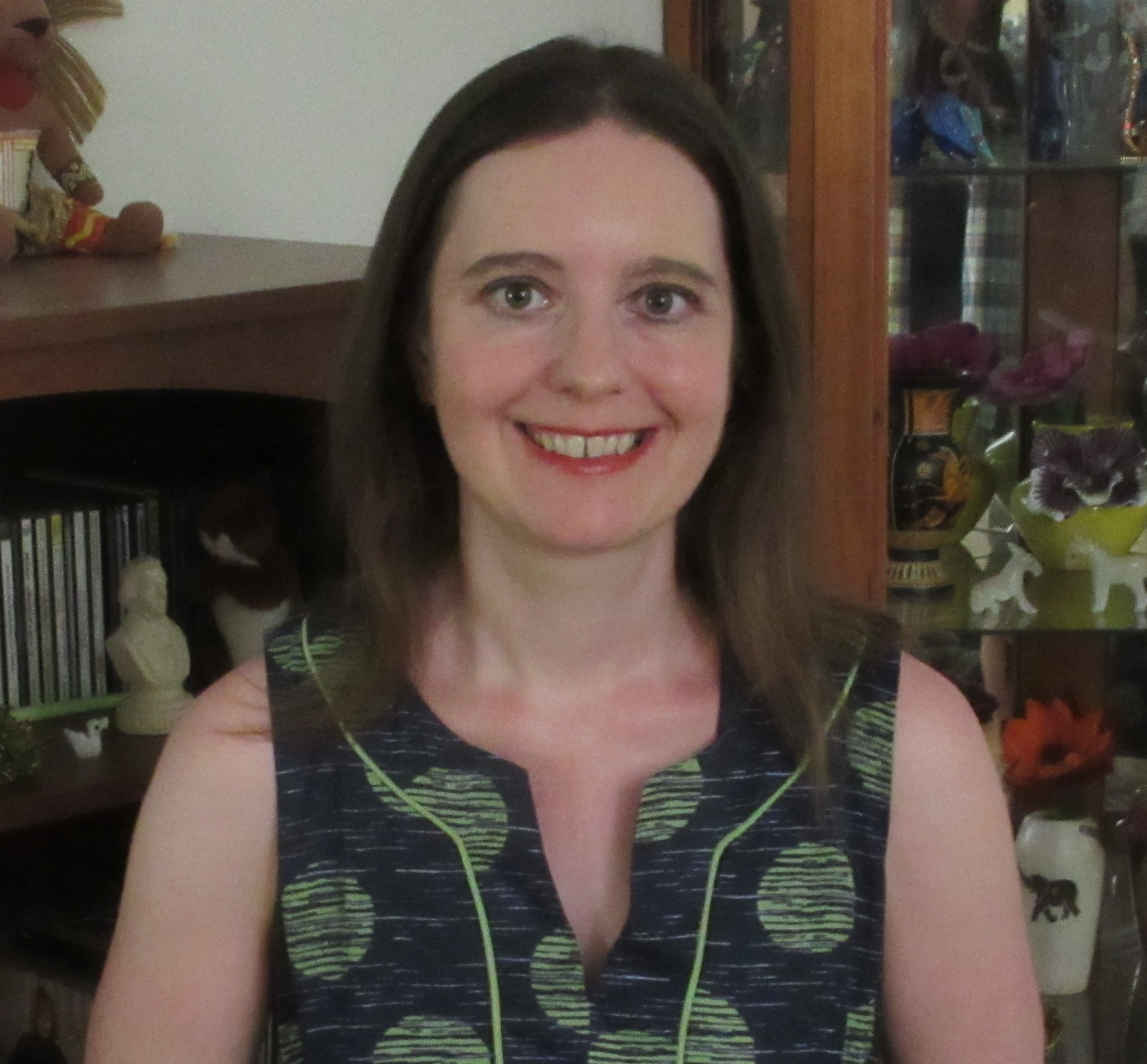 One of the particular difficulties of being a PhD student in the humanities is that, unlike in STEM or in the social sciences, there is no recourse to industry for those who want to keep pursuing their research. That is why I was so excited to speak to Dr. Tekla Babyak, who has figured out a way to do just that.

In preparation for our May Speakers Series, I sat down over Zoom last week to speak with Tekla about her experience as an independent scholar and disability rights activist living with multiple sclerosis.

I have the freedom to explore a lot of different things. Being a faculty member, especially on the tenure track, there’s that expectation to carve out a research niche, and I feel like I’m liberated from that. I don’t have to do one composer, or one period. It can be, to some extent, whatever strikes my fancy.

We began our conversation by talking about how she became interested in musicology. She told me she had started off in college as a piano performance major, but that changed when she began taking music history courses taught by musicology professors.

“I started realizing that this was a lot more interesting to me than piano practice,” she said. “I started finding myself reading my musicology textbooks while practicing piano—I would put them up on the music stand. And that was the moment when I was like yeah, this is what I want to do for my career.”

This passion led her to a PhD program at Cornell University, where she wrote her dissertation on the influence of Nietzsche’s musical aesthetic on French composers of the early twentieth century.

She explained, “[Nietzsche] had an elaborate musical aesthetic, this idea of overthrowing the metaphysics of Wagner’s operas, and he was encouraging composers to write operas that were very energetic, exotic, sensual. And that was something a lot of French composers picked up on after they read Nietzsche.”

Inspired by one of Frank Hidalgo’s earlier interviews, I asked Tekla who of the twentieth century composers she studied would be her most desirable lunch companion. Her answer surprised me: “For me, Nietzsche is that person,” she said. “Part of it is because I love his philosophy and his musical aesthetic, but also because he was disabled, and he had to leave his job as a professor at a young age, and yet he continued to do amazing things, and I’m very inspired by that.”

This leads us to an important chapter in Tekla’s own life. In 2011, after experiencing years of “weird symptoms,” she received a diagnosis of multiple sclerosis. This had a significant impact both on her immediate plans and on her long-term career trajectory: she waited three more years before defending in 2014, and she decided that because of her health, a career in academia would be impossible.

“I would not be able to handle an academic job,” she said. “I would need a lot of accommodations, and I don’t trust that any department would give me those because there’s just not enough understanding of disability.”

Instead, Tekla forged her own path as an independent scholar. The path to that decision was not linear, however: “Independent scholars are just so invisible, I’d never really heard of them,” she told me. “It didn’t occur to me at first that I could keep doing research without a faculty position. And then gradually, around 2015 or so, it started dawning on me that I love doing research—why don’t I just do it? I don’t need permission to do it. And it kind of exploded from there.”

I would not be able to handle an academic job. I would need a lot of accommodations, and I don’t trust that any department would give me those because there’s just not enough understanding of disability.

These days, Tekla spends her days working on writing projects, publications, and conference papers; going on walks; and doing translation work. “The great thing about being an independent scholar I don’t always have to have a fixed schedule,” she told me. For example, “there have been a lot of operas that are being streamed for free on the internet because the opera houses are closed. And that might be the one silver lining of the pandemic for me. I’ve been binge-watching a lot of Wagner lately—I don’t know what Nietzsche would say about that.”

The job does come with its own set of challenges, however. While independent scholars are technically eligible for grants, in practice, they rarely get them. For a while, Tekla had some income from running a small piano studio; these days, she lives on savings and support from her parents.

There is also the problem of institutional access. Tekla told me, “Prior to pandemic, I went down to the local university library a lot, and I could access electronic resources on their computers, and I would check out stacks of books every day. Unfortunately, that’s been closed for a year. So I’ve been making heavy use of Google Books, just the little fragments I can get on preview. JSTOR, however, does seem to be available to independent researchers—maybe the second silver lining of the pandemic.”

Another obstacle lies in the perception of independent scholars within the academy. Tekla continues to work with traditional academics, participating in conferences and contributing to edited collections. But, she said, “it generally takes a lot of time and persistence for them to take you seriously. They generally have to see me at many, many conferences, I have to make a big effort to ask questions at conferences. I almost overdo self-promotion to show them that I’m actually a scholar.”

It doesn’t always have to be that way, Tekla argued. Imagining and fighting for those kinds of changes constitutes the other part of her job—that of an activist. Her activism focuses both on independent scholarship and on disability rights.

“For independent scholars, I would like them to be more included in their nearby universities,” she said. “To be invited to faculty parties, to be brought in to give guest lectures, maybe even to be on graduate student dissertation committees. For them to really be integrated.”

Her disability platform is based on providing accommodations. “I would love for academia to be more inclusive and humane,” she told me. “There are a lot of really great student disability resources; there are not many faculty disability resources. Conferences are generally not that accessible or not that aware of offering accommodations. So I’m always trying to raise visibility for those things. It’s a lot of work. It’s a full-time, unpaid job.”

The job involves sending lots of emails. If Tekla participates in a conference, she starts by checking their website. “Usually, it says nothing about offering disability accommodations. I’ll email, and I’ll point out, as politely as possible, that this is something you should have on your website.”

Accommodations that she believes should be available across the board include wheelchair accessibility. Many conferences “just have very tiny isles in the conference rooms, there are often steps leading up to the stage where people are presenting or performing, even the doors may not be accessible for wheelchairs.”

Access to microphones is another big issue, especially for those who are hearing impaired. “I’ve been at many conferences where nobody uses microphones—they just use their ‘teacher voice’,” Tekla told me. “And I’ve heard from people who tell me that that is difficult for them to hear.”

The prevalence of Zoom in the last year has actually alleviated some problems on both fronts. “It’s funny, it’s almost made my life a lot less isolated, as weird as that is, because now I can Zoom into things all the world, whereas my travel budget before limited what I could go to,” Tekla said. “It’s been great to have so many options to Zoom into. I’ve gotten to indulge my interest in all kinds of different fields all of a sudden.” She added that in post-pandemic times, she hopes that conferences continue to have virtual options available in the future: “That would allow low-income people and disabled people to participate more.”

I would love for academia to be more inclusive and humane. There are a lot of really great student disability resources; there are not many faculty disability resources. Conferences are generally not that accessible or not that aware of offering accommodations. So I’m always trying to raise visibility for those things. It’s a lot of work. It’s a full-time, unpaid job.

As our conversation wrapped up, I asked Tekla what someone interested in being an independent scholar can do to set themselves up for greater success. “With the job market being what it is, I think it’s good to start planning for that option,” she told me. “I think it’s important for them to create a large network while they’re a grad student.”

This is something she wasn’t able to do due to her undiagnosed symptoms, and she told me that creating that network is much harder without an academic affiliation. “Senior scholars really love to mentor grad students, that sense that they can carry on their name by creating a protégé,” she told me. “But they don’t feel that about independent scholars. So it’s harder to get those senior people who want to support you and lift you up and write you letters.”

For all that, she says, there is a certain freedom in not having to conform to the narrow constraints of traditional academia. “I don’t have to have a narrow research focus,” she told me. “I have the freedom to explore a lot of different things. Being a faculty member, especially on the tenure track, there’s that expectation to carve out a research niche, and I feel like I’m liberated from that. I don’t have to do one composer, or one period. It can be, to some extent, whatever strikes my fancy.”

Yana Zlochistaya is a PhD student in the Comparative Literature department and a member of the Beyond Academia Speakers committee. If you would like to join our line-up of speakers, please contact her at yana.zlochi@berkeley.edu.